By Office of the Press Secretary to the Mayor - March 28, 2020
The city is continuing its goal to make roads safer for bicyclists, pedestrians, and motorists with the 29th Street Bike-Walk Boulevard Project. Work on the project begins Wednesday, April 1.

The 29th Street Bike-Walk Boulevard Project spans 29th Street from Libby Terrance to Kane Street. With the inclusion of new pavement markings, crosswalks, signs, ADA curb ramps and curb extensions, it is in accordance with the city's Vision Zero initiative, which is designed to increase road safety and eliminate crashes involving fatalities and serious injuries by 2030.

This project will lower instances of speeding and make it safer for people who walk, bicycle and drive on 29th Street.

Construction is expected to last three months, weather permitting. Residential and emergency access along 29th Street shall be maintained at all times.

By Office of the Press Secretary to the Mayor - March 25, 2020
City of Richmond COVID-19 Public Briefing March 25, 2020
City services continue to adapt
Time limits on parking will not be enforced
Drivers will still be ticketed for parking illegally, which generally includes blocking the right of way or disturbing essential services. Examples include parking in front of ADA accessibility ramps or fire hydrants and blocking bike lanes or crosswalks.
Be vigilant – paving and utility repairs are ongoing. Therefore, drivers should still abide by temporary restrictions indicated by signage. If they do not, they will be ticketed.
If you are concerned by a business that is not abiding by the Governor’s social distancing order or large congregations of people, call the police non-emergency number: 804-646-5100
This also applies to Richmond’s city parks and outdoor spaces
The Governor’s executive order does not allow gatherings of more than 10 people. Groups larger than 10 outside a household unit are in violation of that order. Click here to read that ord…
Read more

By Office of the Press Secretary to the Mayor - March 25, 2020
According to Governor Northam’s Executive Order 53, as of 11:59 on Tuesday, March 24 all businesses in Virginia are subject to the following regulations: Entertainment and recreation venues must close;Non-essential businesses that cannot abide by the recommended six feet of social distancing must close;Food and drink establishments must limit their service to carryout, curbside, or delivery;Non-essential brick and mortar stores may stay open as long as they limit capacity to 10 patrons at a time; andEssential businesses, such as grocery stores and medical and health establishments, may stay open but must practice social distancing and enhanced hygienic precautions.
Here is a link to the full text of the Governor’s instructions.
If a resident of Richmond sees an establishment out of compliance with this order and is concerned for public health, they should call the Richmond Police Department non-emergency number: 804-646-5100. This also applies to residents who see large groups not pract…
Read more 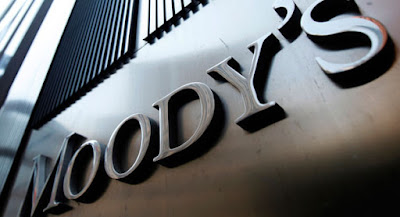 The City of Richmond’s public utility, which provides water, sewer and gas to city residents and those throughout the metro region, has received a bond rating upgrade by Moody’s Investors Service to Aa1 – one step below the highest rating of AAA.
The upgrade, the second the city has received in the last two months, will allow the utility, known as the Richmond VA Combined Utility Enterprise, to borrow money at more favorable rates, producing cost savings estimated to be in the millions in upcoming years.
The City of Richmond’s general obligation bond rating was similarly upgraded to Aa1 by Moody’s in February.
“This upgrade is further proof that the mayor and his executive team are managing the city in a prudent and fiscally responsible way,” said David P. Rose, Senior Vice President at Davenport & Company, the city’s financial advisors.
Moody’s said the utility’s upgrade “reflects the strength and stability of the system's liquidity position and debt service, coverage ratios, sup…
Read more

By Office of the Press Secretary to the Mayor - March 24, 2020
City of Richmond COVID-19 Public Briefing March 24, 2020
Evictions are Halted in Richmond
“No evictions will be executed during this state of emergency.”
Mayor Stoney released a statement detailing the current status of eviction procedures during the pandemic. Click here to read it in full.
Richmond is Safer and Stronger at Home
The Mayor and city leaders warn that if residents do not practice social distancing in parks, they could be closed.
Mayor Stoney, Parks Director Chris Frelke, and Police Chief Will Smith announced their intent to enforce social distancing in parks and other outdoor spaces, warning residents to stay six feet apart or risk the closure of the parks. This includes abstaining from basketball, pickleball, field sports, and similar activities that require touch.
Residents are encouraged to use the outdoors as a means by which to take a break, get exercise, and maintain mental health. However, residents should maintain the suggested six feet distance from other humans a…
Read more

By Office of the Press Secretary to the Mayor - March 24, 2020
“Over the past couple of weeks, my team and I have engaged with Central Virginia Legal Aid Society, tenant advocates, Sheriff Irving and the courts with a goal of completely halting evictions that were decided and scheduled before the statewide freeze on new cases.
“After conversations with the Sheriff and her team, I've gotten assurance that no evictions will be executed during this state of emergency. The Sheriff has notified the landlords that the execution of all evictions will be halted.
“In addition to working with the Sheriff, I also called on Richmond Redevelopment and Housing Authority to extend its eviction freeze and the recipients of the city’s Affordable Housing Trust Fund monies to not pursue evictions at all. My proposed budget amendment to move $2.1 million to the Affordable Housing Trust Fund will help provide emergency shelter spaces and supportive housing for our most vulnerable community members, as well as provide additional funding for our Eviction Diversion P…
Read more

By Office of the Press Secretary to the Mayor - March 23, 2020
City of Richmond COVID-19 Response Public Briefing March 23, 2020
Richmond is #saferandstrongerathome
Governor directs some non-essential businesses to close, closes schools for remainder of school year
According to the Governor’s press briefing today, gatherings of 10 or more people are banned. All recreation and entertainment venues must close. This includes bowling alleys, movie theaters and gyms.
Personal care services that cannot adhere to social distancing measure, such a barber shops, spas and salons, should close.
Restaurants may remain open for carry out, delivery, and curbside services only. Non-essential brick-and-mortar stores can remain open if they comply with the Governor’s recommendation of serving no more than 10 customers at once.
Essential services will remain open but must also enforce social distancing and practice hygienic precautions and increased sanitizing procedures. This includes grocery stores, medical offices, pharmacies, and businesses in that supply ch…
Read more

By Office of the Press Secretary to the Mayor - March 23, 2020
The City of Richmond today is reporting its first known case of an employee testing positive for COVID-19.
The affected employee is a female officer in the Richmond Police Department, who traveled to New York before the onset of her illness.
According to the Richmond City Health District, the officer, who is in her 40s, is now at home in isolation and is in stable condition.
Another co-worker who had been in close contact with the officer is under self-quarantine and is self-monitoring for symptoms.
Preliminary investigation by RCHD and RPD has not determined any potential for close contact with Richmond residents during this time period. However, RCHD and the RPD are reviewing and investigating any possible additional close contacts the officer may have had during the performance of her duties.
“My first concern is for her and her family and the extended family of her co-workers,” said Police Chief William Smith. “We have taken precautions to limit exposure to our staff and to the commun…
Read more