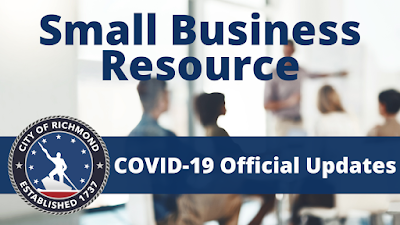 The City of Richmond announced the launch of the Richmond Recovers II Grant Program for small businesses. The program is funded with $2 million from the city’s CARES Act appropriation and will be administered by the Economic Development Authority of the City of Richmond. This new grant program comes on the heels of the Richmond Recovers Grant Program which has approved 260 grants totaling $2.79 million.   “Small businesses are the backbone of our local economy, and COVID-19 continues to impact them disproportionately,” said Mayor Stoney. “This funding is not nearly enough to solve the problem, but it will help. We will continue to work to secure more support from the federal government until Richmond has fully recovered.”   Grants in the amount of $15,000 will be awarded to small businesses. Grant funds can be used to reimburse the costs of employee wages including the cost of benefits; rent and utilities for commercial workspaces; PPE and cleaning supplies; E-commerce expenses; and
Read more 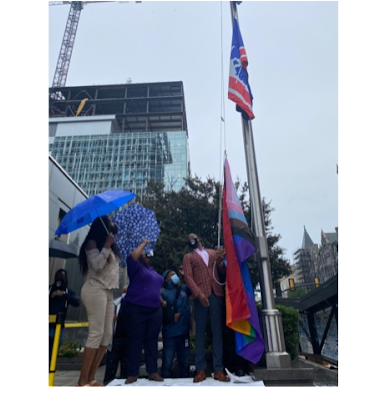 Richmond scores 100 on 2020 Municipal Equality Index Scorecard The City of Richmond has scored a 100 on the Human Rights Campaign’s Municipal Equality Index Scorecard, a national measurement of a locality’s policies, practices and procedures in place to fight discrimination against LGBTQ+ individuals.     When Mayor Stoney took office, Richmond’s MEI score was 42. Since then, it has climbed to 100, making Richmond the municipality with the fastest growing and one of the net highest equality ratings in the entire Commonwealth.   “This city has made an immense amount of progress toward true equality in the past four years,” said Mayor Stoney. “Since 2017, we’ve been fighting to tackle the systemic injustices that reduce quality of life for LGBTQ+ individuals, and especially LGBTQ+ people of color.”   This year, city leadership increased Richmond’s MEI score by adopting city contractor non-discrimination practices.   State level advocacy for anti-discriminatory legislation has been an ong
Read more

Richmonders encouraged to weigh in on a tourism and economic development opportunity Starting today, Richmonders can take a survey asking what they believe the city should consider in a proposal for a potential resort casino in Richmond. The survey will be open through 11:59 p.m. on December 14. The results of this survey will inform the Request for Qualifications/Proposals (RFQ/P) document, which will begin the competitive process to select a resort casino operator and site. The RFQ/P will outline the expectations the city and its residents have for a complete and competitive development proposal. This survey is only the beginning of community engagement for a potential resort casino development. The selection process will consider community feedback, and a citywide voter referendum will determine if Richmond moves forward with the project.  “A competitive selection process will allow us to assess the best opportunity for Richmond,” said Mayor Stoney. “This survey is your opportunity
Read more
More posts