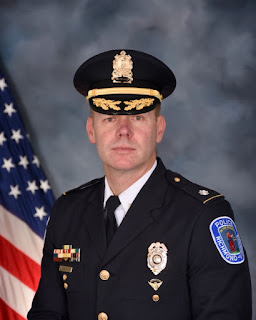 The administration of Mayor Levar M. Stoney today appointed current Richmond Police Department Acting Chief William C. Smith to serve as Interim Chief of Police following the retirement of Chief Alfred Durham on Dec. 31. Smith, 50, began his law enforcement career with RPD in 1995 and has risen through the ranks of the department over a 23-year career. He was promoted to the rank of sergeant in 1998, lieutenant in 2003, captain in 2007 and major in 2016. Smith was recently promoted to Deputy Chief and then designated as Acting Chief of Department by Chief Durham. “Chief Smith is an experienced law enforcement professional who brings a sense of duty and an analytical approach to his work,” said Mayor Stoney. “He understands the unique demands and responsibilities of this important job, and I have confidence in his ability to manage the Richmond Police Department during this transition period.” Chief Smith will run the department until a permanent chief of police is selected. Prior to
Read more
More posts