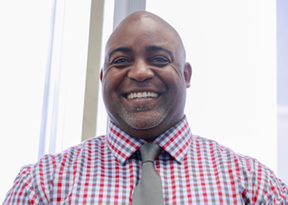 Mayor Levar M. Stoney today announced former Public Works Deputy Director of Operations, Bobby Vincent, Jr., will now serve as the Director of Public Works. Vincent began his career at the Department of Public Utilities in 1992 as an engineer. For 14 years he served in that role, managing and planning the preventive maintenance and capital improvement projects concerning water and wastewater treatment plants, as well as the combined sewer system. “It is an honor to be named Director of Public Works by Mayor Stoney,” said Mr. Vincent. “I am looking forward to taking on the key areas of improvement needed within DPW, as recently outlined in the VCU performance review of City Hall.” Vincent has served in numerous leadership roles, including as Operations Manager of the Roadway Maintenance Division, Interim Director of General Services, and Chief of Construction and Inspections. Most recently, Vincent served the Department of Public Works as the Deputy Director of Operations. In this role
Read more

By Office of the Press Secretary to the Mayor - June 07, 2017
Richmond residents want a City in which RPS students are achieving at high levels, and in which fewer and fewer children live in poverty.  As part of his commitment to achieving that goal, Mayor Levar M. Stoney is pleased to provide the following update on the Education Compact process: Back in January, both the City Council and School Board unanimously adopted a resolution to work with Mayor Stoney to develop a more collaborative approach to public education, known as the Education Compact. Draft Education Compact documents were released in February. A total of 12 public meetings, in all nine Council districts, were held between March 27 and May 17. On the basis of public input received on the Compact documents, a final resolution is now being drafted for introduction to Richmond City Council and the School Board. The final Education Compact resolution will recommend three key collaborative actions: Regular, quarterly joint meetings of City Council and the School Board, along with
Read more
More posts