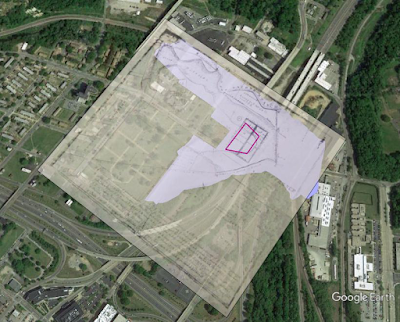 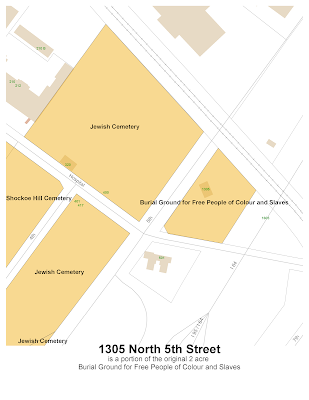 At the September 28 meeting of Richmond City Council, the Stoney administration introduced an ordinance to amend the proposed Capital Improvements Projects for FY2020-2021, expanding the scope of the Heritage Center/Lumpkin’s Jail (Devil’s Half Acre) project. The ordinance proposes the city acquire 1305 North 5th Street, which historically served as part of the Burial Ground for Free People of Colour and Slaves.

The ordinance amends the Devil’s Half Acre program in alignment with the recommendations of the Shockoe Alliance and tireless work of community advocates. If the ordinance is adopted, the project would include:

1305 North 5th Street was historically used as part of the Burial Ground for Free People of Colour and Slaves. The City of Richmond purchased the land in 1799 and, in 1816, designated it a public burial ground for free people of color and enslaved peoples. Since that time, the property has also housed an automotive shop, among other commercial ventures.

“The city has the opportunity to practice real restorative justice in this moment,” said Mayor Stoney of the ordinance. “The next steps for recognizing Richmond’s complete history must include the acquisition of 1305 North 5th to better memorialize the Burial Ground for Free People of Colour and Slaves, a sacred space to many Richmonders of African descent.”

The work of advocate Lenora McQueen and community groups like Sacred Ground Historical Reclamation Project and the Slave Trail Commission has been vital to ensure the preservation and memorialization of sacred spaces such as 1305 North 5th.

Were it not for the tireless advocacy of Lenora McQueen, the city would not be striving to acquire the property and recognize its importance.

“The preservation of the Shockoe Hill African Burying Ground is crucial because it is the final resting place of more than an estimated 22,000 enslaved and free people of color,” said Ms. McQueen, a genealogist and member of the descendant community. “These people are the ancestors of many people living today, and the burial ground is likely the largest of its kind in the United States. It has suffered many atrocities over time and continues to be threatened.”

With this ordinance, there is a plan for the city to provide the protections that advocates like Ms. McQueen have spent decades fighting for.

The ordinance has been referred to the City Planning Commission for discussion and recommendation at their October 5 meeting.