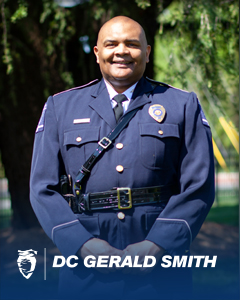 Smith will assume the position on July 1.

Smith currently serves as the Executive Officer of Investigative Services in Charlotte-Mecklenburg. In that position, he commands criminal investigations including domestic violence, crimes against children, sexual assault and homicide.

He has been with the Charlotte-Mecklenburg Police Department since 1991, rising in the ranks from community police officer to deputy chief.

Current Interim Chief William “Jody” Blackwell has asked to return to his former position of major. He will continue serving as interim chief until July 1.

“I am grateful for Interim Chief Blackwell’s continued service to the Richmond Police Department,” said Mayor Stoney. “Since the departure of former Chief William Smith, we have been searching for a permanent chief. I’m excited for Gerald Smith, a proven change-agent, to serve Richmond in that capacity.”