HUD Awards City over $2.7 Million to Protect Children and Families from Lead and Other Home Hazards

By Office of the Press Secretary to the Mayor - June 29, 2017
Mayor Levar M. Stoney today announced Richmond and project:HOMES have been awarded a $2,710,314 Lead-Based Paint Hazard Control Grant from the U.S. Department of Housing and Urban Development (HUD) to protect low-income children and families from lead and other home hazards. Mayor Stoney extended his appreciation and congratulations to the city¹s Department of Economic and Community Development and their housing and neighborhood division project development manager, Dan Mouer, the Richmond City Health District staff and their program manager for the Lead-Safe and Healthy Homes Initiative, Dona Huang, the city's grant coordinator, Christopher Johnston and all those who worked with them on this grant application to secure funds to make low-income housing safer and healthier. The over $2.7 million coming to the city is part of more than $127 million awarded by HUD to 48 state and local government agencies to keep families and their children safe from lead-based paint and other ho
Read more

By Office of the Press Secretary to the Mayor - June 29, 2017
The Office of Community Wealth Building (OCWB) recently received news it will be awarded a grant of $1.9 million from the Virginia Department of Social Services. The purpose of the grant is to support the efforts of the City of Richmond to expand workforce development efforts and the capacity of the Center for Workforce Innovation. “This grant recognizes the hard work and dedication of our city’s Office of Community Wealth Building,” said Mayor Levar M. Stoney. “It will help further our efforts and advance our goals of bringing about change and building One Richmond." The Commonwealth of Virginia’s FY 2018 budget established a new initiative intended to support efforts of localities engaged in community wealth building and related approaches to moving citizens and families from poverty to economic self-sufficiency. “Receiving this grant from the Commonwealth is a major milestone. We are grateful for the acknowledgement of our work and excited about the tremendous impact this gr
Read more

By Office of the Press Secretary to the Mayor - June 28, 2017
Mayor Levar M. Stoney today announced Richmond has taken advantage of historic low interest rates and the city’s strong credit ratings to refund $142 million in existing debt service tied to four outstanding bond issues, which will result in the city reducing its existing debt service by approximately $16 million over the next 15 years.   This incredible savings was achieved as part of the successful sale of $229 million in tax-exempt and taxable General Obligation Public Improvement and Refunding Bonds, of which $87 million was for new money projects with a cost of approximately 2.77%, near the lowest cost of funds in several decades.   The bonds were highly rated by all three national credit rating agencies - Moody’s, Standard & Poor’s and Fitch (Aa2, AA+, AA+ respectively). Wells Fargo was the winning bidder for the tax-exempt bonds and Raymond James was the winning bidder for the taxable bonds.   “This is how we do more,” said Mayor Stoney. “It is part of a
Read more 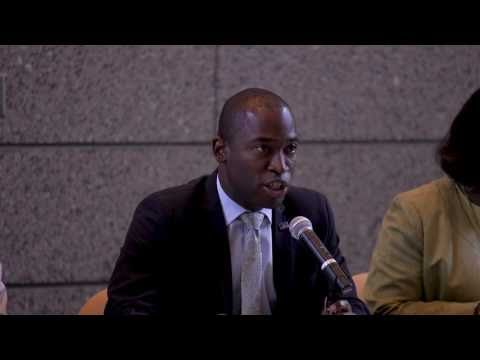 By Office of the Press Secretary to the Mayor - June 26, 2017
Mayor Levar M. Stoney today announced Richmond has maintained its AA+ general obligation (GO) bond ratings from all three credit rating agencies. “We view the city's management as very strong, with strong financial policies and practices,” stated the latest S&P RatingsDirect summary. S&P’s AA+ assessment factors also cited Richmond’s 2,445 new jobs since 2016 and $840 million in new economic investment. Fitch upgraded the city’s operating performance factor to “aaa” for the first time and further reported, “After several years of stagnant or declining valuations, the city's taxable base has increased for the second consecutive year and the estimated 2017 valuation reflects a 3% increase.” Likewise, Moody’s Investors Service also reaffirmed their Aa+ rating and cited Richmond’s diverse local economy, maintaining the city “is poised for continued long-term growth, as indicated by the number and scale of redevelopment projects both commercial and residential current
Read more
More posts