“Our city is blessed to have top-tier talent assuming these key leadership roles,” said Mayor Stoney. “Sharon, Doug and Valaryee have the expertise and dedication to lead these departments and I look forward to all we will accomplish together working for the residents of the City of Richmond.” 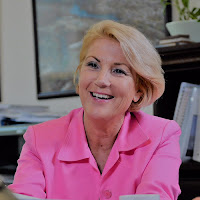 Sharon Ebert has more than 25 years of experience working in state and local government. Her work experience has resulted in over a billion dollars in investments in areas of economic and retail development, tax credit financing, historic preservation, mixed-income and mixed-use redevelopment.

Ebert previously held positions in New York City, Yonkers, NY, Philadelphia, PA, and Bridgeport, CT. As the Deputy Commissioner of Planning and Development in Yonkers, NY, She was responsible for all economic, community and real estate development activities undertaken by the city, as well as all planning activities including master and urban renewal plans, neighborhood and downtown revitalization and affordable housing.

Most recently, Ebert served as Director of Community Development in the City of Johns Creek, GA where she oversaw planning, zoning, land development, building, permitting, and code enforcement activities. She holds a Bachelor of Architecture degree from Rensselaer Polytechnic Institute and previously held the credential of a registered and licensed architect while working in New York. 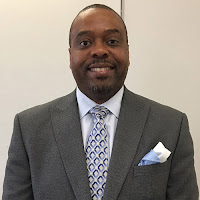 Douglas Dunlap has been employed with the city for 19 years, during which time he has served in several capacities across multiple departments. Previously serving as Deputy Director of the Department of Planning and Development Review and most recently Interim Deputy Chief Administrative Officer.

Dunlap has more than 25 years of experience in public administration in areas of planning, housing and community development. He also holds a Bachelor of Arts degree in Economics from Hampton University as well as a Master of Urban and Regional Planning from Virginia Commonwealth University.

Prior to joining the city, Dunlap was employed with the Better Housing Coalition where he managed its homeownership program overseeing Cary 2000 and Jefferson Mews homeownership phases. 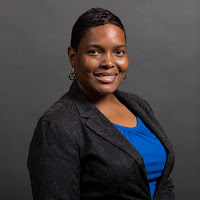 Valaryee Mitchell has more than 18 years of progressive experience with workforce programs including those serving youth, adults, people living in poverty, dislocated workers, re-entry and business.

In her previous role as Workforce Administrator she provided leadership and oversight for the City of Richmond’s workforce development initiatives including the Career Stations, BLISS Program, Business Services, and Mayor’s Youth Academy. Valaryee received her bachelor’s degree from Hampton University in Political Science and her Master of Public Administration from Virginia Polytechnic Institute.

Prior to coming to the Office of Community Wealth Building Mitchell was the Statewide One-Stop Coordinator for the Virginia Community College System (VCCS). During her tenure with the VCCS she established a One-Stop Certification process that reviewed continuous quality improvement in 18 American Job Centers across Virginia.