Mayor Dwight C. Jones was joined by Richmond Police Chief Alfred Durham in reporting to the community on crime in the city and public-safety efforts by the Richmond Police Department during 2015.

Overall crime was up by one percent in 2015, but tremendous strides were made in several areas, most notable was the large reduction in violent crimes. In the past seven years, the rate of violent crimes in the City of Richmond has dropped 30%, with the largest year-to-year reduction of 12% occurring in 2015. 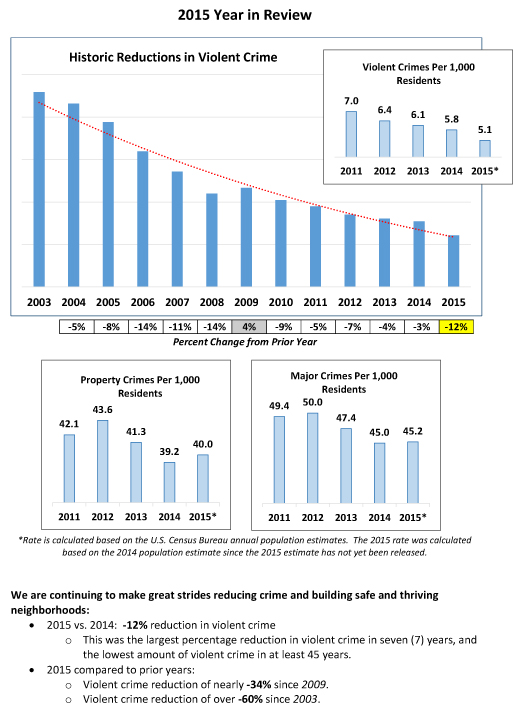 Property crimes increased by two percent from 2014 to 2015, with theft from motor vehicles being the major factor. Mayor Jones and Chief Durham have created a public service announcement to encourage motorist to remove valuables from vehicles and to lock the doors of their vehicles. 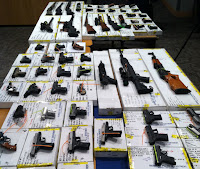 The report also highlighted two initiatives that target gun violence in Richmond. The Fugitives and Firearms Initiative (FFI) targets fugitives from justice and illegally-held firearms. For years, RPD has partnered with Virginia State Police to sweep the city during the summer months. A second FFI sweep was performed during the fall of 2015. During the 90 day operation, a total of 240 firearms were taken off of city streets and out of the hands of violent offenders, 585 arrests were made, and the apprehension of 366 individuals wanted on warrants. As a result of the FFI initiative and other RPD actions, a total of 802 illegal weapons were removed from city streets 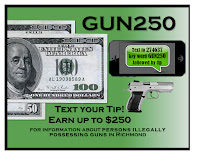 GUN250 is a new RPD program that gives anonymous tipsters up to $250 for information that leads to the seizure of illegally-held weapons. The program launches Feb. 1 and encourages the public to text to 274637 followed by the tip. Business owners are encouraged to join RPD’s effort of removing illegal guns from Richmond streets by contributing to the GUN250 reward fund. Businesses interested in joining the GUN250 program should contact William Friday at William.Friday@RichmondGov.com or at (804) 646-0722.