Mayor Dwight C. Jones and Sheriff C.T. Woody toured the site of the new Justice Center construction project last week. The tour was done as contractors reached the milestone of setting the first cornerstone of the city’s new Justice Center. The project is estimated to cost $134.6 million.

“I am pleased to see the progress on this very important and long overdue project,” said Mayor Jones. “We are building this new Justice Center with an eye to the future; a future in which this facility will only house those who actually belong here.”

“My employees, our daily visitors, and our jail’s residents all look forward to the transition into the country’s newest, most modern facility. The Richmond Justice center will serve as a model for years to come for other jails across the Nation, and it’s exciting to see it take shape before our eyes,” comments Sheriff C.T. Woody, Jr. “We are grateful for the efforts of the Mayor and all the members of our surrounding community for their support of this long overdue city project.”

The construction is adjacent to the current jail site and will have a rated capacity of 1,032 beds. The new Justice Center will be more efficient, provide more humane treatment of inmates, and better conditions for employees and visitors. The Jones Administration is also focused on finding alternative solutions for non-violent offenders and for those with mental illness.

The joint venture of Tompkins/Ballard in association with T.K. Davis, the winning vendors for the construction of the new Justice Center, proposed a single-phase approach so inmates would not need to be moved out of the existing jail during construction. The proposal also was the only to meet the City’s budgeted amount. It exceeds Mayor Jones’ goal of a 40 percent minority participation rate, as the proposal had a 50.25 percent minority business inclusion plan. About a dozen local area minority business firms will be part of the construction team. The facility is slated to open in January 2014, and to be fully complete by the end of 2014. 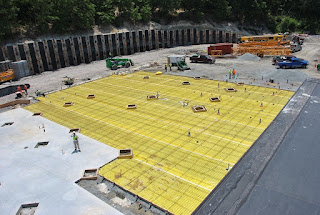